Counting Ounces Can Be Addicting: Thoughts on Hiking Lighter

Ever since that I mentioned that I was planning a return trip back to Pukaskwa National Park, I have started re-analyzing the gear that I own and had brought with me last year. I started to re-weigh most items after trying to remove some things to cut down on weight. After looking it over and over, I feel that the next things that I need to replace are my shelter and my backpack. Yes, 2 items that I had purchased last year that would already need to be replaced if I was truly going for the lowest baseweight.

7.91lbs currently just for my main gig. It really isn't bad at all. When I tried this setup last year I couldn't even feel my backpack much. I was able to move swiftly, except for when I tripped and twisted my ankle up a bit. I felt that the bag swung me slightly as I fell, or at least I could feel 18lbs of stuff all of the sudden. It was a misstep taken on a wet rock that caused the whole thing to go down. With that being said, it is not necessary for me to drop my base weight as I do feel comfortable with what I am carrying. I like all of my gear and it gets used. 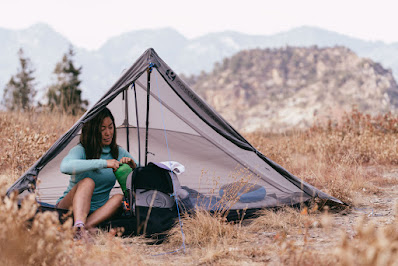 However, if I were to replace my shelter, I have been looking at the Gossamer Gear "The One" a lot. Like really a lot. Tent body weighs 503g, but with the stakes, stuff sack, clothesline and extra cordage, it comes in at 624.5g or 1.38lbs. Compared to the Lanshan 2 Pro which comes in at 1035g (everything) or 2.28lbs. I realize there are even lighter shelters out there that are made with DCF fabric, but those cost a lot of money. The One is priced at $445.13, but it also appears that it can be financed with payments which is a huge plus (and makes it more attractive to purchase). 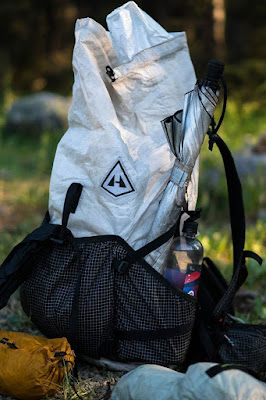 The other item to replace next would be my Osprey Talon 33. I am not going to knock this bag, I really like it. I just wish that it was a little lighter if I am going to be counting ounces. I have been looking into the Hyperlite Mountain Gear Southwest 2400 Backpack, which comes in at 853g, compared to the Osprey that comes in at 1149g. It seems to be different than traditional packs that I am used to. For example, there is no "brain" on this backpack. Rather, you simply shove all of your stuff inside from the top and then roll the top down and clip/sinch from there. There are 2 hip belt pockets, and a large pocket on the back of the backpack. The backpack is also 40L which is 7L more than what the Talon 33 offers, but as mentioned, you can roll down the top furthermore to compress your gear. Another feature that is not present on this bag is the trekking pole stow-and-go system found on Osprey backpacks. I find that feature useful as I do not have to stop moving to put my poles away.

I have pretty much dialed in my backpack configuration. My total weight for last years trip was at 19lbs with everything packed. At this point, replacing gear could be considered nitpicking, and is probably unnecessary and costly. I find that counting ounces sometimes can have an impact between having a comfortable hike and having a leisurely time at camp. Sometimes, I have to meet both of those in the middle; a compromise that balances itself out in the end.

If you want to see all of my gear that I use and am planning on using for the trip in August, check out my Lighterpack Gear List.