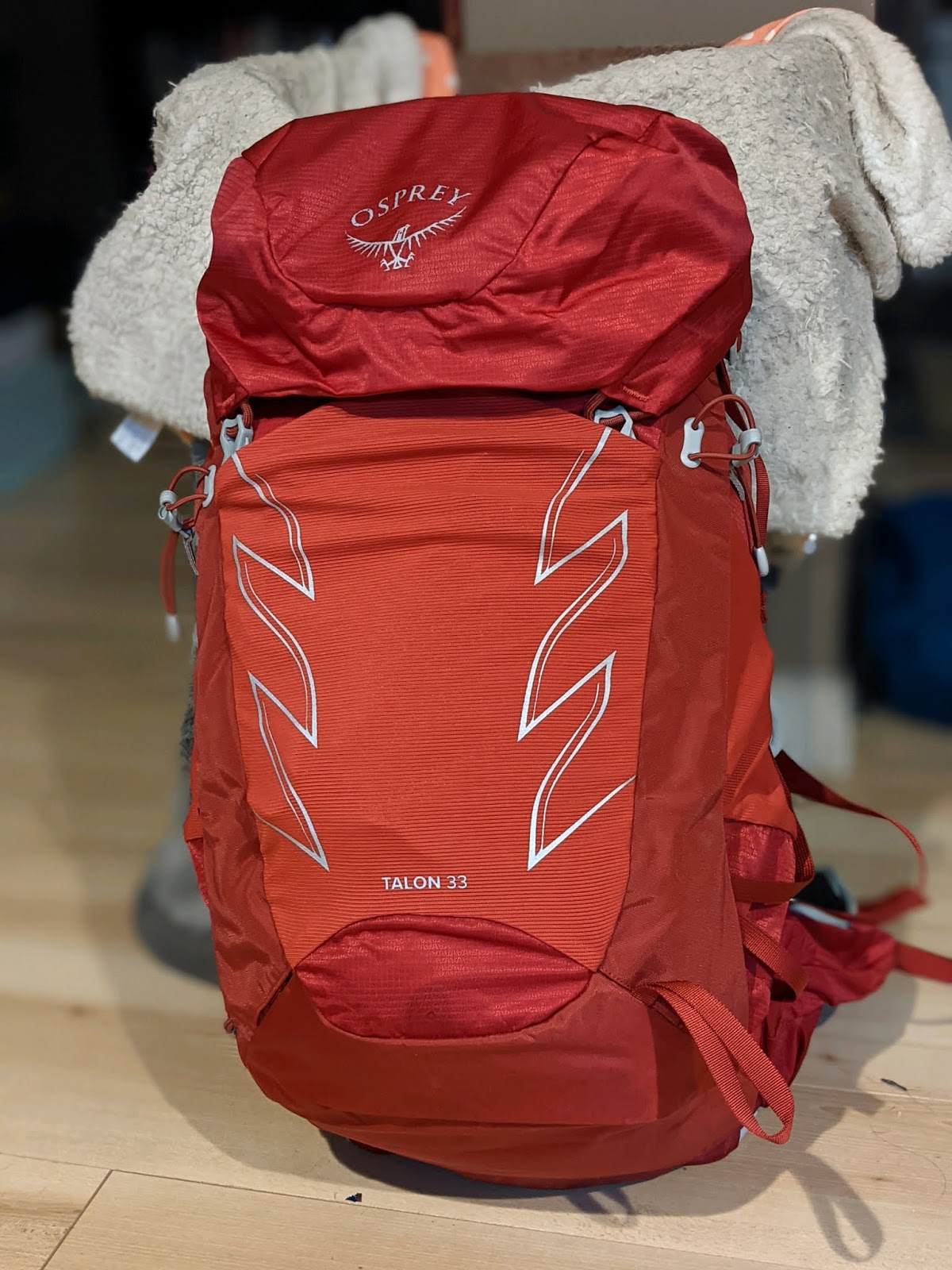 i posted online asking for backpack recommendations based on the fact that i packed a 20L bag with 2 days/nights worth of food. i was advised to check out a bag called the flex capacitor, it looked nice but a little big for my liking. it had a cool ability to expand from a 25L capacity to 40L.
i originally found a bag from LL Bean called the Continental Rucksack, but discovered that many people were unhappy with the recent version of the bag. it was smaller than the version before it so i ended up steering clear of it.
so someone online recommended the osprey talon 33. didn't wanna go osprey again. a search on Kijiji revealed that someone had a brand new med/lg talon 33 in red for $140. so obviously i bought it. it is a $220 bag. it was a fkn deal. I know I said i didnt want another osprey just a moment ago, but i was thinking about the features my kestrel has, how much i enjoy those features, and how the Talon has most of them.
2021 hiking season i am so ready for you