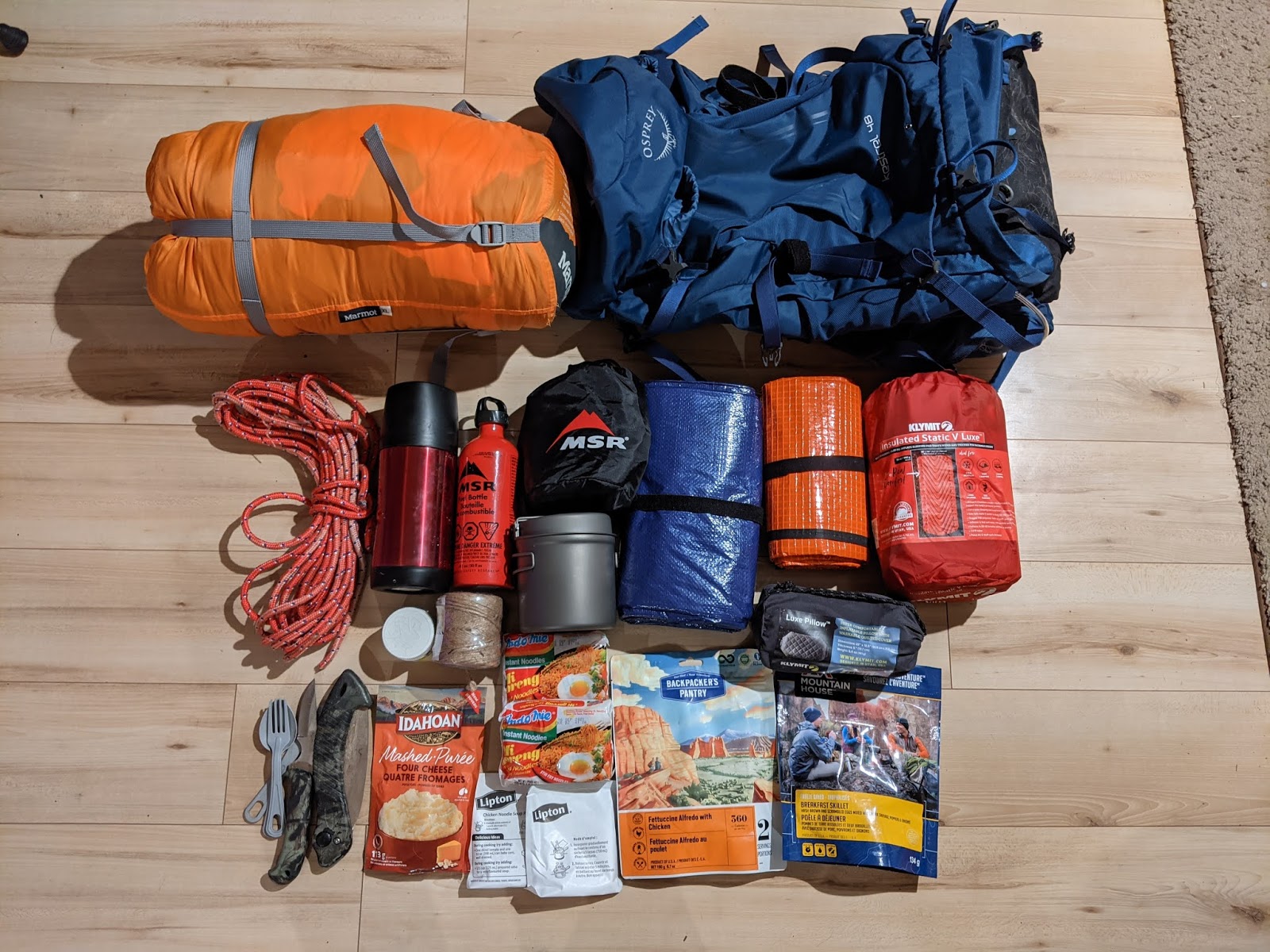 I have been pretty excited for this coming Saturday as I have decided to attempt my first winter camp out in the woods somewhere. I made the decision a week ago, and finalized on it once I went for a snowshoe the other day. The scenery was majestic. Trees covered in snow, birds yakin at each other, the view of the snow covered lake and the running water visible in certain parts. I want to wake up to this.
I have wanted to do winter camping for 4 years now. It was the whole reason why I bought a 4 season tent back then. I used it in my backyard along with my other winter gear, and my sleep outside has always been great. I feel that I sleep better outside anyway. I enjoy the cold air, as it basically cradles me to sleep.
While I already have a backpack, a winter sleeping bag, and a 4 season sleeping pad, there were other things that I needed to obtain. Currently out back in my tarp shelter, my bed space is comprised of the leaves from the fall time. I know you can cut pine bows and make a bed in the snow, but I don't want to damage a tree if I don't have to. So I picked up a heat-reflective heavy-duty emergency blanket to place my pad on. I purchased a new tarp from the store as I do not feel like taking down my current tarp shelter. I also had a spare rope laying around. This covers my shelter.
I was going to attempt to bring my tent with me, but due to the size of the sleeping bag, and the space required by the tent (even if I did not use the stuff sack it came with), I decided against it. It also saved me approximately 5lbs on my bag. The tarp weighs considerably less.
One of the other problems I was facing was the use of my stove in the colder environment. I use the MSR windburner 1L and it's been my go-to for the last 3 years. The problem is not with the stove rather, but the isobutane canisters themselves. They work until about -11°C and then stop working due to the cold air depleting pressure from the can. I ended up using some no-smoking money and purchased the MSR Dragonfly for a sick price of $115 brand new from someone online! They had other gear available too, so I also grabbed a 20oz fuel bottle and a Toaks 1100ml pot/pan set. I paid $160 for all of that! I saved a lot of money. These products were brand new as well. 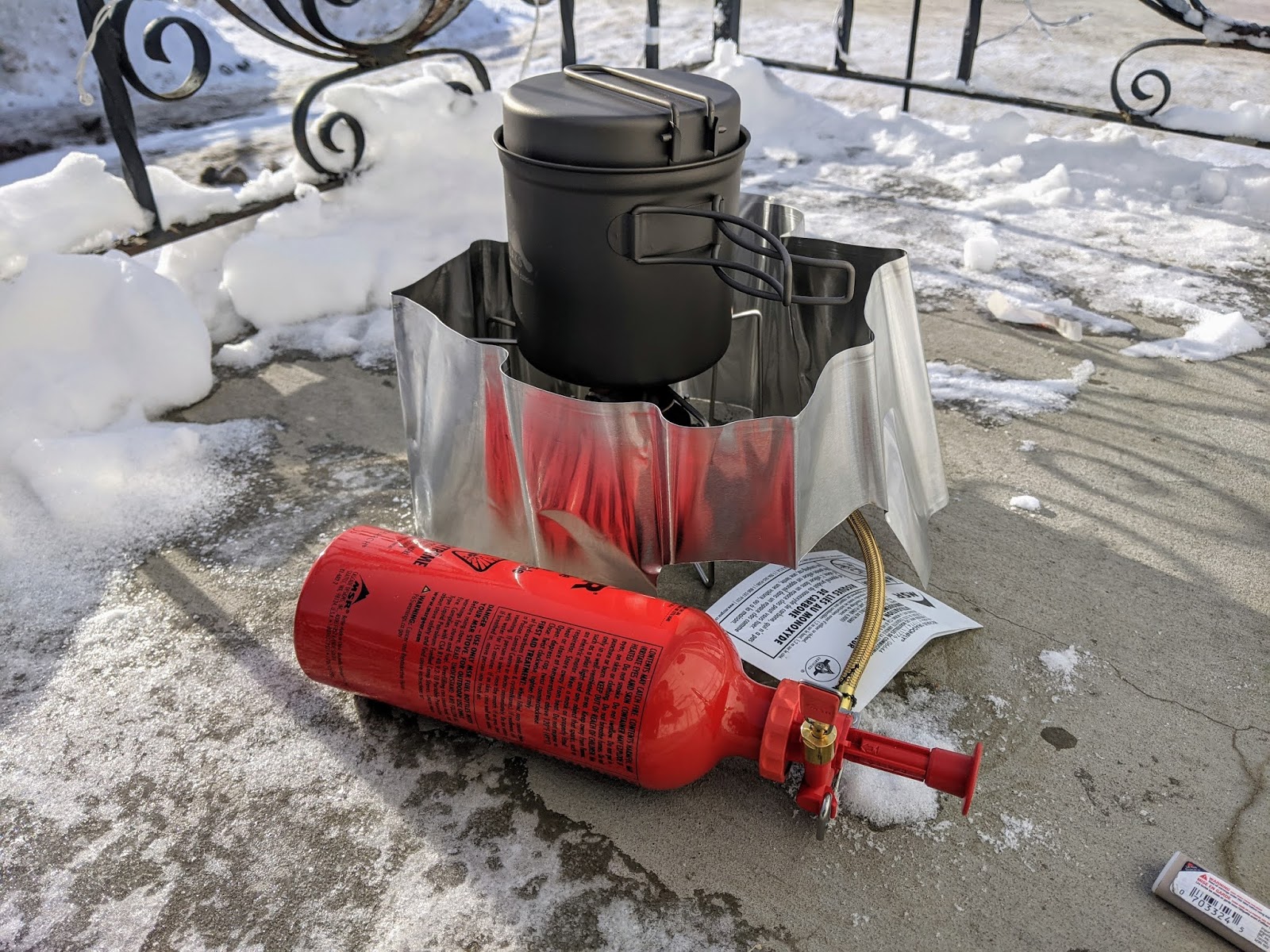 Picked up some fuel and tested the stove and it worked no issues. I did a test boil to make sure. The stove requires a but more attention than the windburner, but i am okay with this. The stove performs better than canister stoves in the winter because it uses white gas for fuel, and don't need to worry about pressure depleting as you can pressurize the fuel bottle with the included pump that threads onto the bottle.