a hiking pantry and my last overnight hike of the year

Posted by afx on November 02, 2020
over the course of the winter and spring months, I have decided that I am going to create a backpacking pantry that is comprised of dehydrated food pouches and other items that only require boiling water. every paycheque, I would like to purchase a minimum of 2 bags, so that when late spring/early summer arrives, I won't have to worry about having to go any stores for food. I would like to prepare for the entire season next year. Everything was sold out this year in terms of food and fuel. also, I will be purchasing a couple 16oz fuel canisters to last the entire season. since I have the gas saver r2, I can save some money by not having to purchase new 4oz canisters during the year where there may be another shortage.
in terms of hiking gear, aside from a new nemo tempo 20 sleeping bag that i have been eyeing up for future purchase, i am done purchasing more gear. the last thing i bought was a klymit static v insulated luxe sleeping pad on sale. it was so cool actually. i have been checking out amazon to see when this pad goes on sale. one day, i noticed that it was on sale for $140. then it dropped to $135. then it dropped to $125. i was really trying to hold out purchasing it as maybe it would end up as a christmas thing or something. but then it dropped again to $120. and i had a last hiking trip planned out the next weekend. i knew that having this pad would be beneficial to me for this trip because it is an insulated pad, and the temperature was dropping to -11 during the night on that weekend. i had only packed my non-insulated luxe pad with an additional fleece blanket (something i never bring; was surprised how small i got it sinched down to in a stuff sack). i also brought a merino wool base layer for added warmth and a sleeping bag liner. i decided to pull the trigger on a tuesday, and received it on the friday, a day before my trip!
that weekend was my last weekend out there. it was perfect. i went on a trail that i have never ventured on before. it was a little challenging as you are climbing down the mounting gradually, but once you were passed all of that, it was a pleasant hike. i finally was able to make it to clavet bay, and it was so beautiful. i should have just made a makeshift camp there, but that would be too easy. instead, i ended up hiking to this cool spot at the twinpine lake trail junction. upon arrival, you instantly set your sights on the campsite that has been crafted over time by various people. the whole fire pit is encased with boards that were probably collected from the shore. there were also pool mats added as insulation on the seats. after i set up my tent and blazed, i ended up collecting and cutting up more wood from the shore into smaller pieces; a pile that would last me the entire night and some for the morning. it wasnt hard to find wood at all. it was all washed up. 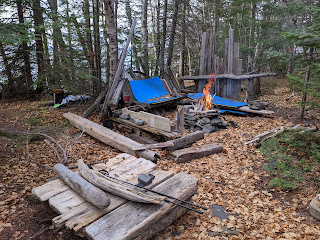 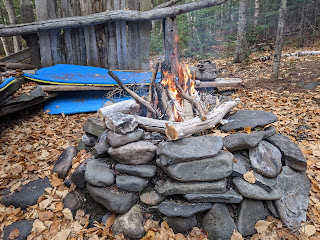 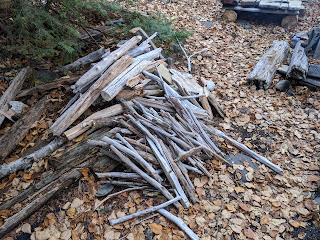 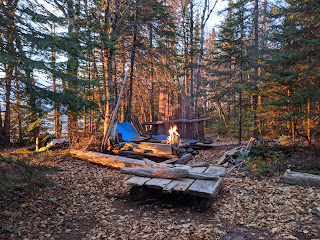 as the hours passed, it grew colder. the temperature difference was obvious once you left the fire pit. at one point, the fire was so toasty warm, i almost passed out looking up in the sky at the stars. i ended up going to my tent and i passed out after i got changed. once i was in my sleeping bag and liner, i felt very comfortable. no issues with the temperature. i passed out quick. i was awake at 5am though, as not only do i normally wake up at this time now, but the temperature was noticeably colder. this was what -11 felt like in the middle of the mountain. i ended up waking up and making a pot of coffee. had a joint and turned on the radio. thought i was going to wake up and get a fire going, but i ended up going back to sleep thankfully. i was warm again with the fleece wrapped around my upper body. i woke up at 915 in a very cozy state, and i didnt want to get up or out of the tent, but i had to make good time back (it took me 2.5hrs to get here). 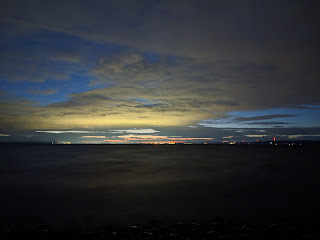 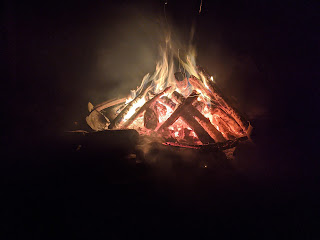 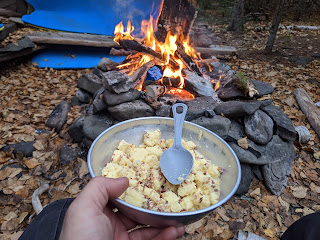 so this brings me to the nemo tempo 20 tent. its rated for 20F (-7C) and i feel that it would be a good addition to my gear closet. i have a marmot trestles 0F (-18C) but it is a loafer. its too big and i cant justify that taking all of my storage in my bag. it doesnt work on the outside either, so i have been looking for something that may be a tad smaller. combined with a sea to summit reactor liner, i could have a good late fall/early winter sleeping bag. i want to continue going overnight hiking until its too shitty honestly. i have too much of a good time out in the woods alone. i like it. i like company too. but i go alone.