Posted by afx on August 30, 2020
my friend/coworker and i went for an overnight hike and checked out some stuff i have never seen personally. it was his first time doing this kind of thing i think and it was pretty last minute. it was cool to have someone else to hike with finally. we went to sawyer bay and hung out for a bit before taking off. along the way, we saw an old cabin of some sort that was decayed and falling apart. up ahead shortly after was an old dock that was warped and what appears to be an old boat hut that was slanted on a 45 degree angle. the dock was stable enough to walk on. it was cool to see. and then the sail boats came into the bay right after and it all reminded me of the tv show Lost (the others are coming!). the whole environment, along with seeing some weird buildings and other objects like an old helmet with some kind of asian writing on it, a large green basket-like item, and items made of steel found on various parts of the trail, all fits together well enough to convince me while i am high af that there are some "mysterious" properties to this slab of rock haha....ahh...its cool going out here with a backpack and knowing its just you and whatever gear you have. 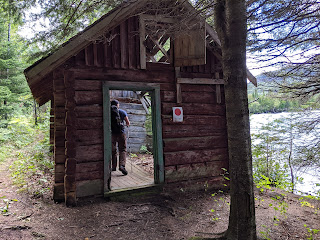 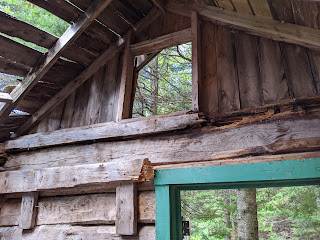 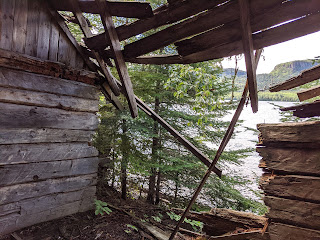 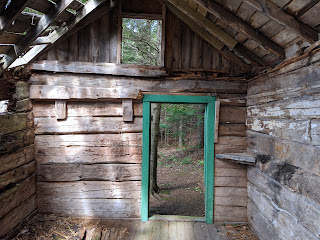 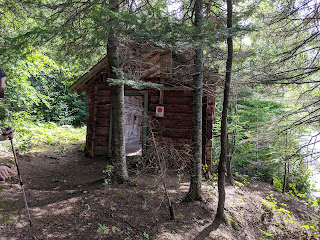 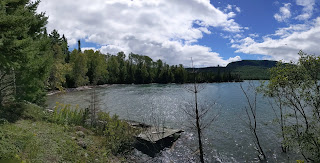 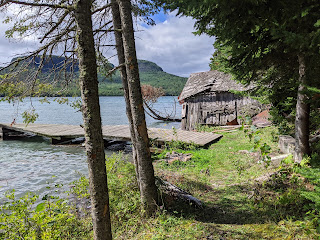 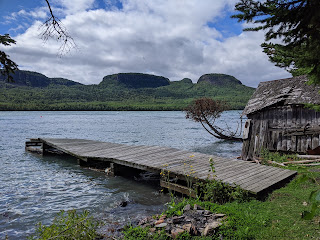 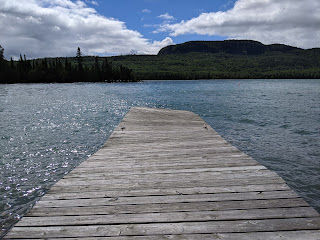 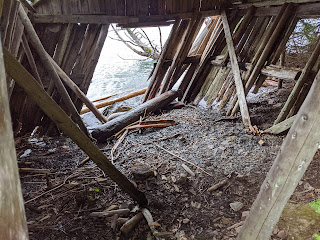 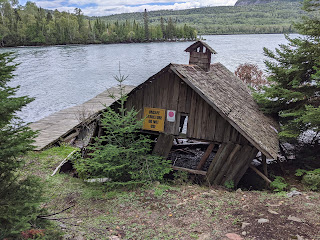 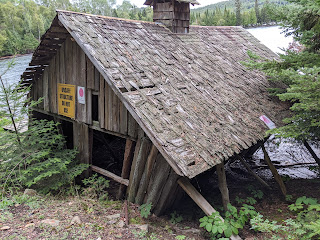 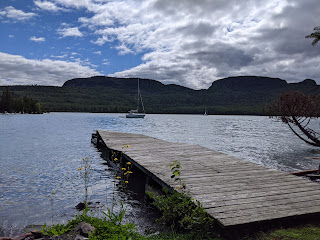 yeah so the plan was to camp at this site just before Hoorigan Bay as i saw on the map that there was a camp site there. after setting up camp, i wanted to check out the actual bay which was about 3.6km from the camp as a "sidequest". unfortunatley we did not find the camp and on our way, we ran into 2 other hikers who said the last campsite they saw was at Twinpine Lake. when we were at Sawyer Bay earlier, we met a hiker who said he was going to camp there. it didnt make sense for us to continue so we turned around. i wanted to hurry up as i felt that we would be scrambling to find a campsite later on (it has been very active this year on the trails and campsites). we made it back to Sawyer Bay and set up camp for the night. i drank too much coffee this morning, like 4L (1 pot = 1L, 2ish cups) and felt kinda dizzy on the way back, so we took our time. i crashed later when i arrived at home. the next time i go out there, i will do it solo or with other people maybe. the thing is, is that i want to go the distance. my friend cant commit to a long distance. maybe i can go out there the first night alone and then rendevouz with him or even our other friend/coworker the second night. i plan on doing this on thanksgiving weekend perhaps. or even if they cant commit, ill go alone. i love the adventure. im all about that shit, man. next year i will try somewhere else and hopefully ill have a new tent/shelter and a packraft! 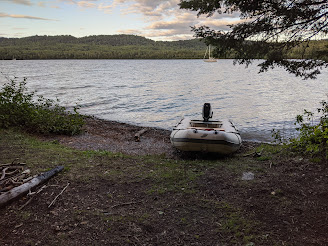 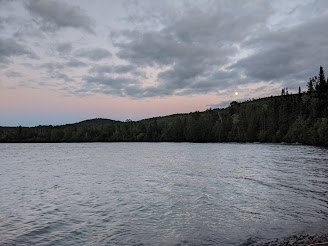 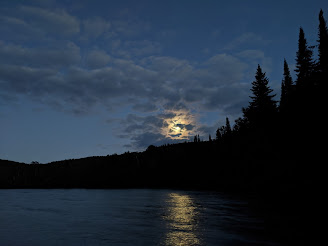 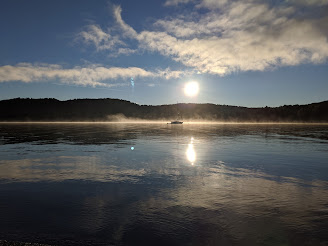 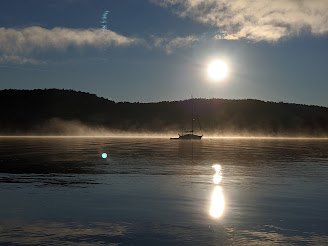