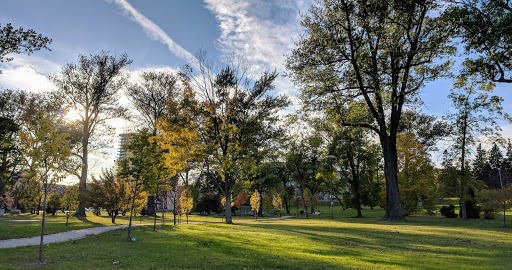 i have been invited to the CANASA security conference in Toronto this year from my boss. i feel excited and honored that he asked me to come. it will be a great opportunity for me to see upcoming products that are being developed and released later on. we will be gone for 3 days attending meetings and conferences, along with lunch and dinner dates with representatives from various companies. an excellent opportunity for me. i should get my passport sooner than soon, so if the opportunity to fly to Vegas for another (much larger) security conference arises, i can go. i have never been a fan of travelling to the United States, but for a security conference for work, im down.

this morning i woke up to find that my gpd pocket 2 has shipped. should be here friday, along with my coworkers. nerd stuff all weekend (and maybe a friggin walk soon if it ever decides to stop raining).

i bought new drum shells last year. the other day i finally paid off what i owed for new bass drum legs that i had ordered, and put them on. i have never used the bass drum before as i turned one of the floor toms into one instead. i remembered that i own an alesis dm5 and a Roland bass drum trigger. so i hooked it all up for shits. i used shitty computer speakers to test with, but I require something louder. speaking of drums, while i don't play nearly as often as i did, i have the itch to want to play with someone again. i am more than willing to bring my stuff anywhere to do so.

i wish my dad was in better health. we are trying to convince him to go to Geraldton this year during the holidays, even if it is for a day. i have offered a ride both ways if we do a day trip, or one way if he stays the night. however, he has backed away from the idea. my step mom needs a break. i see it with my own eyes how manipulative he can be with certain things, like his wording for example. he is a handful. for a while, he became snarky again and has said some mean shit to her. almost degrading. i wish he was in better health so he wouldn't bark shit at my step mom, and could have fun with my kids. he is bitter. he doesn't like kids anynore much. he doesn't like going anywhere because of what happened to him. and it will always be the same "maybe next year ill be better" when really nothing is happening.

and me. mentally, i think i am doing better than i was a couple months ago. i credit music. i have had to listen to so much of it to keep my sanity. when i have gone through a rough time in my life i resort to it. i liken music to events in my life. a song, an album, i can pretty much associate them with people or events, or things that may have happened that have made an impact to me.  talking about issues has helped too, trying to make sense of it all and really understanding why things happen. and how to overcome weakness and be a better person. so far i think im doing it. i can be better as an individual, a dad, a coworker, or a friend (though I really tend to distance myself from new people because peoplephobia, but give me a week or two and ill open up if you're serious). it's a goal i would like to achieve. feel better about myself. sounds like horse shit given how my actions may have reflected on who i am, but i was having a battle in my head for a while and considered the alternative. i was feeling extremely low about myself and how i have negatively affected others lives. counselling, i did it. but I had to stop due to insane work schedule (5 weeks out of town straight) later on. and tbh, while he helped make sense of things initially, i found he wasn't attentitive to the real issues and swayed off elsewhere. it's ok. i have learned to open the cork off the bottle and open up about myself a little bit more.